Simply put, a rangefinder is a device that measures the distance between the observer and the target object with precise accuracy. The technology has saturated the market in the last few years because of its versatility in functions and purpose. It makes target measurement and precision shots so much easier, faster, and accurate.

Our Recent Posts on Rangefinders 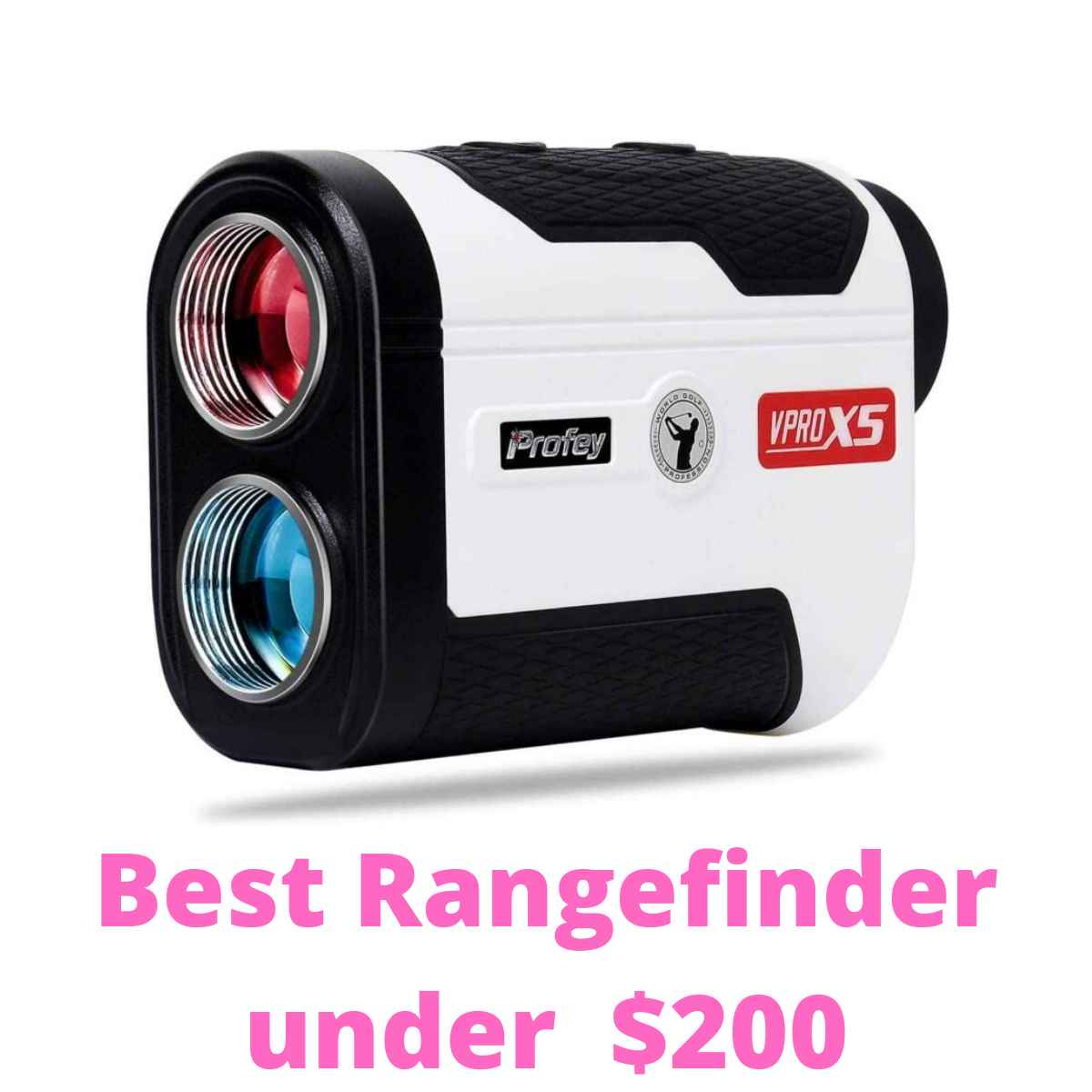 Finding the best rangefinder may be a daunting task, if you are new in golf or hunting. But don’t worry. 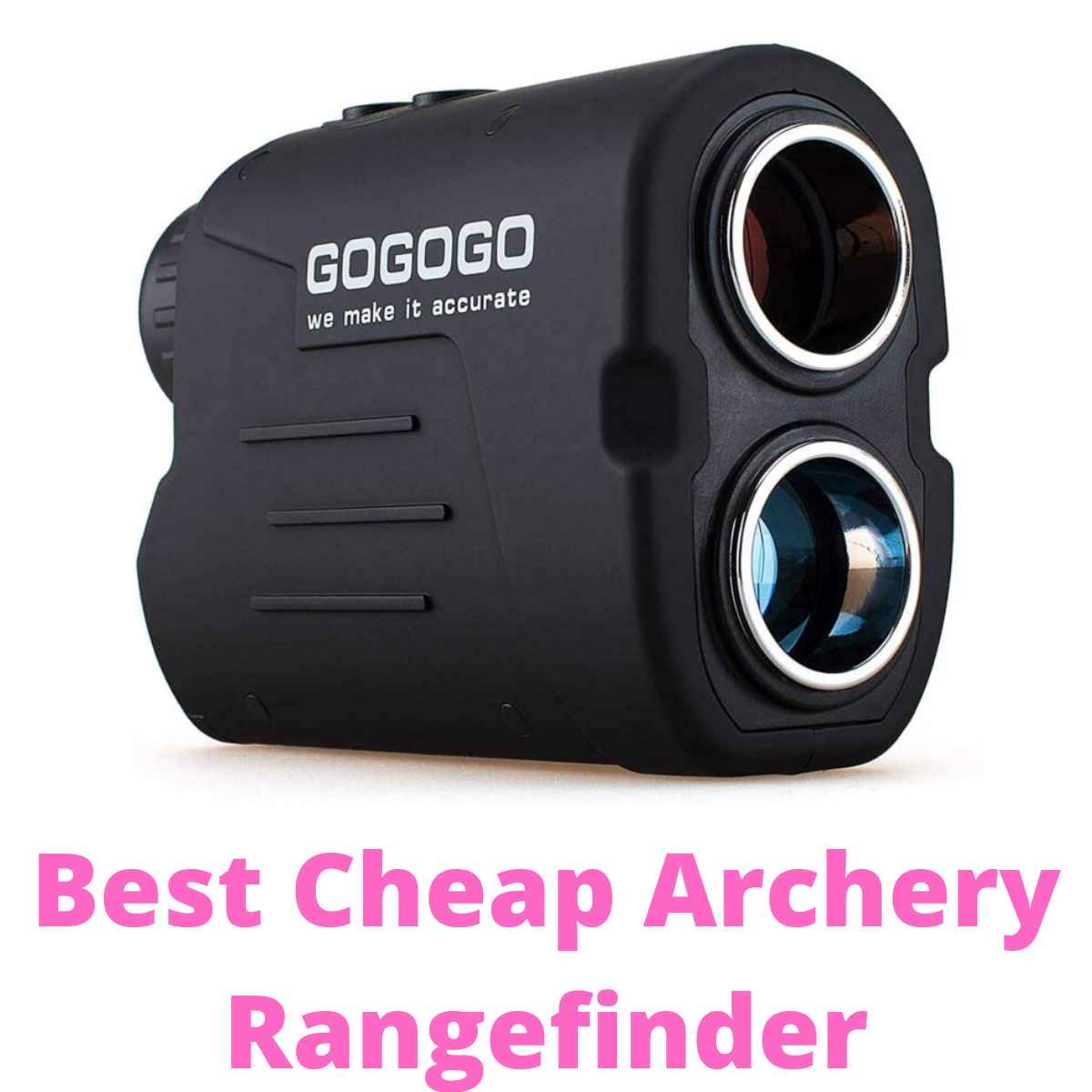 If you are on a tight budget then, you may go for the best cheap archery rangefinder. 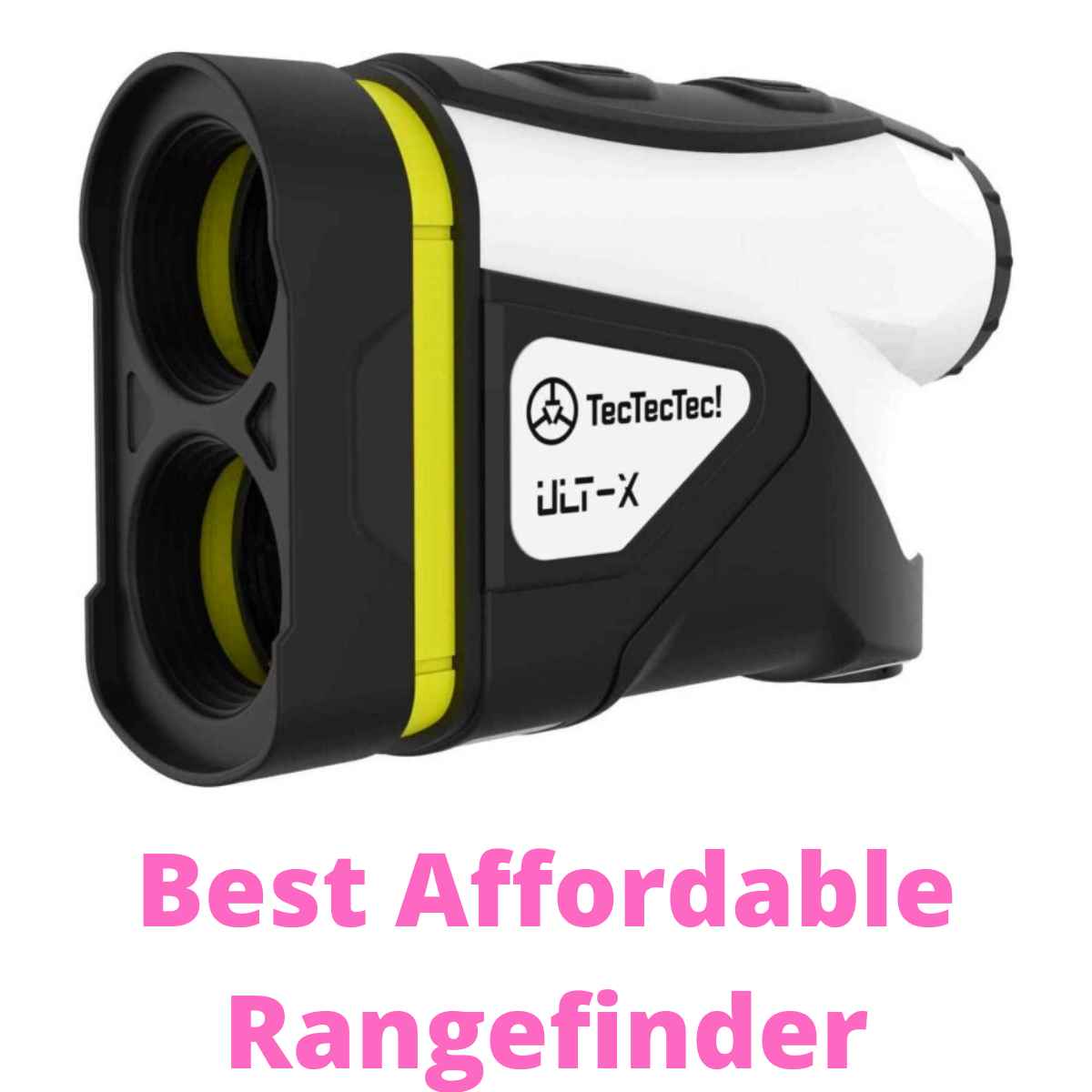 It would not be an exaggeration to say that rangefinder plays a very significant role in the day to day life of a golfer or hunter. 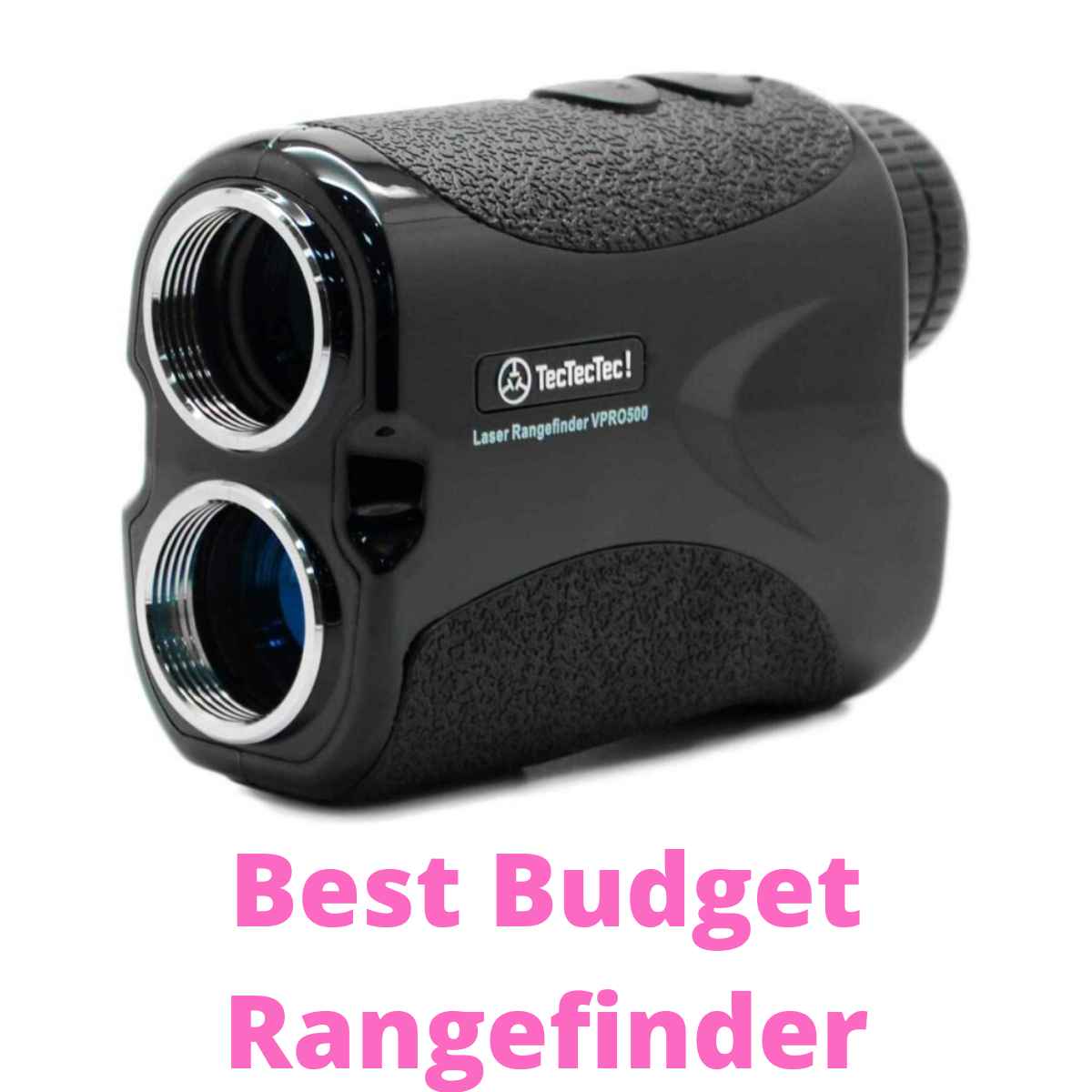 You may be on a tight budget, that’s why you are here! My guess may be wrong. It may happen that you are a beginner in golf or hunting and want to get…

What is a Rangefinder?

A rangefinder is a technology device that measures the distance from an observer to the target object using several principles that are dependent on the type of rangefinder being utilized. The whole process of a rangefinder calculating the distance is referred to as ‘Ranging’.

Rangefinders are predominantly used by golfers, hunters, surveyors, foresters, wildlife biologists, and even the defense military. Some principles used are laser beams, optics like prisms and lenses, satellite for GPS rangefinders, and even sound waves.

Rangefinders are designed to be compact and easy to carry about. They can be monocular or binoculars but their functionality completely expends the need for binoculars. They have 4-8x magnification ability and produce result readings in less than a second after calculation.

Target objects are often far away and the magnification feature affords the observer a much-needed up-close view before using the rangefinder produced crosshairs to create a bullseye point on the target. Rangefinders can also tell you how hard to hit or when to soften your shot.

This is exceptionally important in cases like golfing and hunting, golfers even use rangefinders to select the appropriate golf clubs.

When was the first Golf Rangefinder Created?

The first-ever modern rangefinder was created in the 1880s by Barr and Stroud. The first production of the electronic rangefinders was used during World War II but these rangefinders used the rangefinder optical principles. They were used to measure the distance needed for the naval guns to shoot at their target objects.

However, some history papers claim that rangefinders have always been used by the Romans way before then. They claimed that this was before the invention of electronics or optics, the Romans devised a way to measure the distance needed to be covered by their projectile weapons during battles. This Roman device was called the Dodecahedron.

The dodecahedron was primarily made with bronze and some other ancient artifacts. Some historians claim that a measuring device also dates as far back as the middle ages after the fall of the Roman Empire, the measuring device is called Jacob’s Staff. The Jacob’s Staff was used in battles and wars to measure the distance of the distance needed for the war machine or the ballista to shoot out javelins and large rocks.

Why are Rangefinders Popular?

Rangefinders are popular because of the plethora of benefits they offer users. They are used in a wide variety of activities and they cut across different fields. I am going to explain them across the different fields and how they play their roles and functions in those fields.

To be successful in golf, players have to be adept with some basic golfing skills like selecting the right golf club for a specific shot. Golfers also need precision and accuracy with their shots and in order to achieve this, they need to have a fair idea of the distance to the target hole. Many rangefinders models have the slope distance adjustment feature that allows the rangefinders to account for the changes in elevation in the golf course field.

Distance targeting is also a needed skill when it comes to hunting. Hunters need to have a fairly accurate idea of the distance to their prey or target object. The forest or any other natural environment for hunting is filled with a lot of obstacles like hills, trees, stumps, and rocks to name a few.

These obstacles serve as an impediment to the accurate measurement of the distance to target objects. Hunters often pride themselves in being great with distances; some say it is an instinct. While I am not arguing with this, I will also point out that hunting without rangefinders was a little just more than a guessing game because on some days, the hunter would have a bag full of games and on another day, nothing at all.

The rangefinder comes in the middle and completely takes out the guessing games and significantly improves accuracy and precision. It also has the slope adjustment feature that accounts for obstacles like hills, slopes, and even trees. Hunting is even more dynamic than golfing because not every prey would stand still for the hunter to shoot at it.

Some target objects for hunters are moving objects and the rangefinder comes in handy in this scenario because the hunter can range solid landmarks or objects and then take some surrounding accurate shots for orientation gauging.

Flags or ribbons can be used for location identification before your hunting begins. Essentially, the hunter is ranging his hunting environment for better target accuracy. Even the best hunter would not be able to eyeball this process accurately. Rangefinders are very popular for hunting reasons and purposes.

Archery is another dynamic form of hunting. It is dynamic because it isn’t as straightforward as simply pulling the trigger when rifle hunting. A shooting arrow has an arched trajectory that involves a bow lifting and lowering movement that could alert your prey to run to safety. Ranging the area before you begin hunting is a luxury that only a rangefinder can afford you. It also offers you a better shot with a more precise and accurate distance measurement.

The defense industry and even the militia made the rangefinders market wildly popular. Rangefinders have always been used right from the middle 80s for battles and shooting at their enemies as I mentioned before. The rangefinder is not just restricted to rifles and archery, it can also be used with snipers and other militia weapons.

Photography and rangefinders have always gone hand in hand if you consider lenses and rangefinder cameras. These cameras are a great way to ascertain the perfect shot of target objects. Photographers are able to have the extra focusing ability and get perfect shots.

These are some of the reasons why rangefinders are so popular and saturated in the market today. Other reasons not included here are;

How Accurate Are Laser Rangefinders?

Laser rangefinders work by shooting out laser beam at a target object, the laser beam is sent out as a narrow beam and by the time it gets to the target object it becomes wide enough to reflect on the object, and then it is bounced back to the rangefinder.

Many laser rangefinder manufacturers offer a yardage accuracy of +/- 1, in a recent development; some manufacturers have improved upon the accuracy of their models to +/- 0.5 yards. These measures differ widely from one range finding type to the next.

There are certain reasons why a rangefinder could give you two different readings when ranging is carried out twice on the same target object. Usually, the best accuracy is achieved under the best conditions. Weather conditions like rain, fog, or even an overly bright light exposure can impact the accuracy of the rangefinder; however, some models are improved to be able to withstand some of these elements. Other reasons that could affect the accuracy of laser rangefinders include,

The reflective property of the target object is just as important when it comes to accurate ranging. Some target objects are not as reflective as others, for example, many game animals are not reflective and when the laser beam gets to them, their skin diffuses the beam and the reflected beam sent back to the rangefinder is not as effective.

Users may be focusing their rangefinders on the wrong target, this is usually common in cases when ranging at dawn or dusk time when the light is not so bright.

Blockages could vary from a leaf, stump, or even raindrops when it’s raining could impact the reading.

The lifeblood of the Google self-driving car is the rotating camera located on the rooftop of the vehicle. This camera is equipped with Lidar Rangefinder, Lidar rangefinder uses the same ranging principle as the laser rangefinder, it is basically a type of laser rangefinder. This rangefinder emits about 64 laser beams that help the vehicle avoid obstacles or things along the way. It has an operating range of 200m which is remarkable for a rangefinder.